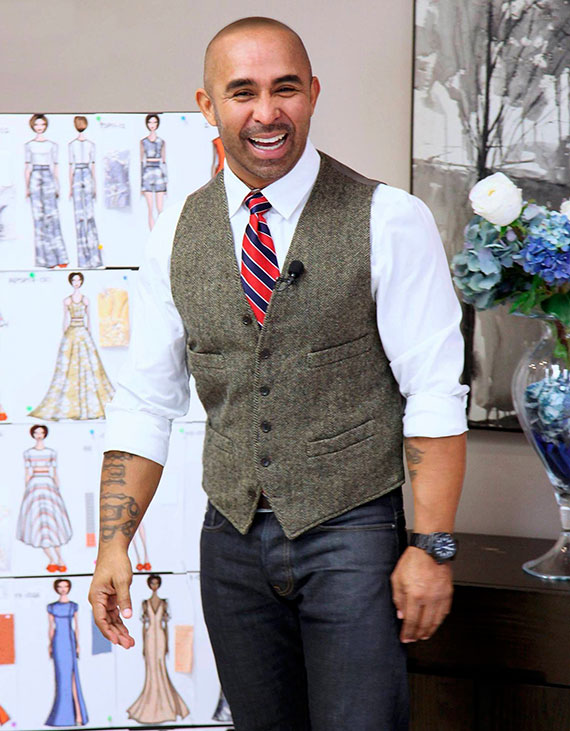 New York designer Raul Penaranda has been making his dream a reality designing luxury women's wear with an aesthetic that stands apart with a mix of seductive and sophistication. His collections celebrate the intrinsic beauty of the human spirit with his one of a kind expert craftsmanship and beautiful use of luxurious fabrics to create a uniquely avant-garde, yet wearable collection. Through this uncompromising style, Raul has dared to be himself and only two years after debuting at Mercedes Benz Fashion Week was declared by FORBES magazine as one of the fastest growing fashion entrepreneurs to come out of the small business industry with his 100% USA manufactured ready to wear fashion line for women and Vogue-Mx named Raul 'The New King of New York Fashion Week' for his extraordinary craftsmanship, attention to detail and exquisite style.

Raul was born in Cali, Colombia. He grew up in Caracas, Venezuela and moved to Miami, Florida with his family as a young adult. In 2000, Raul relocated to New York City where he was offered a freelance design position at Liz Claiborne, while enrolled at F.I.T and Parson's.

Over the next ten years, some of the industry's most established fashion houses felt his creative impact such as Oscar de la Renta, Donna Karan, Zac Posen and Tommy Hilfiger. He has held key positions as Creative Director of Merchandise and Trend Services, Head Designer and Textile/CAD Designer.

Recently during New York Fashion Week, Raul's burgeoning style culminated in a tremendous showcasing of ready-to-wear designs entitled 'Shine' for Fall 2020. Presenting to his largest audience to date, Raul did not disappoint as his models walked the runway in handmade fashions indicative of his daring yet romantic style that has gained him recognition from American and Latin media. Still, Raul is only getting started and with ten seasons of inspiring collections there is only one demand from the designer ... ‘Show the world who you are'.